Michael F. D. Anaya is the Head of Global Cyber Investigations and Government Relations for DEVCON DETECT, Inc. (DEVCON). Prior to joining DEVCON, he spent approximately 14 years with the Federal Bureau of Investigation (FBI). He began his career as a Special Agent in the FBI’s Los Angeles field office addressing complex cyber matters for eight years, during which time he led numerous, expansive investigations including one that resulted in the first federal conviction of a US person for the use of a peer-to-peer (P2P) botnet. He then was named a Supervisory Special Agent (SSA) for the Leadership Development Program, charged with bringing together disparate divisions of the FBI focused on a workforce development initiative. This resulted in a more balanced and inclusive program. After the implementation of the program, Michael went on to lead a cyber squad in the FBI’s Atlanta field office. There, he led a diverse group of Agents, Intel Analysts, and Computer Scientists in neutralizing nation-state and criminal threats. He secured one of the highest performance standards given by the FBI for the entire Atlanta cyber program, and he helped the program achieve a top-five ranking amongst the 56 FBI field offices. 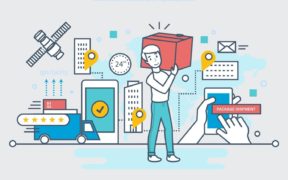