Brad Wruck began his career in the Print Industry in 1979. Since then, Brad owned his own successful print business which he subsequently sold before commencing at Colorcorp in 1995. Brad worked in various positions before taking on the position of General Manager 10 years ago, overseeing the transition from a screen print based business into one of Australia’s most Awarded and Innovative Large Format Digital businesses. 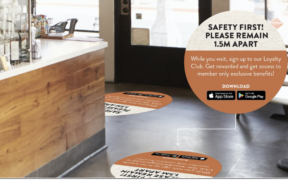 Learning
Is your brand really seen and safe?
Brad Wruck May 25, 2020